When it comes to choosing a medical aid, the wide variety of options can be quite overwhelming.

When it comes to choosing a medical aid, the wide variety of options can be quite overwhelming. Some aspects of medical aid plans are prescribed by law and standardised across all providers, but schemes also have a lot of freedom to customise their offerings to try and gain a competitive edge. As a result, different providers tend to cover slightly different things, or offer slightly different terms. This makes direct comparisons extremely tricky, even before taking into account the effects of complicated rewards programmes.

Fortunately, the team here at LifeCheq has spent a lot of time researching, analysing and comparing the different options so that you don’t have to. In this article, we will address some of the frequently asked questions around medical aid, and also give some insight into what you should consider when selecting a plan.

Here are some of the biggest medical aid myths to be aware of:

In other ways, medical aids and insurance companies are very different:

Because medical schemes rely on young and healthy members to subsidise the old and sick, they need to find a way to persuade people to join the scheme while they are still healthy rather than waiting until they are sick. For this reason, medical aids are allowed to charge late-joiner penalties: a higher premium for people over the age of 35 who have not previously been on a medical aid (note that late-joiner penalties do not apply if you switch schemes after 35, provided you have not had a gap in cover of longer than 3 months).

Another mechanism medical aids can use to prevent people from “cheating the system” is waiting periods. During a waiting period, the member pays premiums but will not be able to claim. There are two types of waiting periods: general, where no claims are allowed at all for three months, or condition-specific, where claims relating to a particular (generally pre-existing) condition are not allowed for up to twelve months. To illustrate, suppose a woman becomes pregnant and then joins a medical aid, knowing that the medical aid offers generous maternity benefits. Since she has not been paying premiums to contribute towards these costs, everyone else in the scheme would have to subsidise her, so premiums across the board would have to go up to absorb this cost. To prevent this from happening, medical aids may therefore apply a pregnancy-specific waiting period.

There are so many options - how do I choose the one that’s right for me?

Before we delve into the differences between the various options, let’s spend a bit of time on the things they have in common. As mentioned previously, some aspects of medical aid plans have been standardised by law. Under the Medical Schemes Act, all medical schemes are required to cover a specified set of conditions or scenarios known as the prescribed minimum benefits (PMB’s). These include:

These conditions are always covered, regardless of whether you are on the most basic hospital plan or most comprehensive medical aid. The Act even goes as far as stipulating the type of treatment that must be provided in each case. Medical schemes can go above and beyond these stipulations, but they may not provide anything less.

Are comprehensive plans worth it?

PMB’s ensure that all plans at least cover the same basics. But what about dental visits, glasses, physio and all those other extras? Comprehensive plans cover more than just the basics, but you also pay more. Our research has shown that unless you have a chronic illness that is not already covered as a PMB, or other special requirements, you’re unlikely to get value out of a comprehensive plan because you generally end up paying more for these benefits than you’re likely to use. For example, say you want a medical aid that will pay for your glasses. Discovery’s Essential Comprehensive plan offers a R5 000 annual optical benefit, but the plan will cost you R3 833 per month. Alternatively, you could go with the Essential Core plan (a hospital plan) and pay only R1 931 per month. Over a 12-month period, you would save R22 824, more than enough to pay for a new pair of glasses every year. Comprehensive cover is only worthwhile if the value of the benefits you actually use exceeds what you could have saved by being on a more basic plan.

Therefore in most cases, having a good basic medical aid plus gap cover is better value for money than a comprehensive plan. However, this is subject to an important caveat: paying for some things out of pocket may be cheaper than paying for a comprehensive plan with extra benefits, but it requires you to be disciplined with your finances and make sure you’re saving enough in your emergency fund.

If saving is something you struggle with, then it may be worthwhile considering a plan that incorporates a medical savings account (MSA). Basically this just means that a portion of your monthly premium is set aside in an account on your behalf, which you can then draw from to meet general day-to-day medical expenses. Once the savings run out, you need to start paying out of pocket. MSA’s are helpful because you can only use the money for medical expenses, preventing you from dipping into the funds “accidentally.”

What about network vs non-network plans?

Another key differentiator between plans is whether they allow you to go to any hospital, or require you to use one of the hospitals in their network. The advantage of network plans is that they are generally a good deal cheaper, as the medical scheme can negotiate favourable rates from hospitals in its network. The obvious disadvantage is inconvenience if there are no network hospitals in your immediate vicinity. However this is generally not the case, as most of the big medical schemes have quite extensive networks.

Furthermore in the event of an emergency, you can attend any hospital - even if it’s not in your network - and still be covered. This is a PMB requirement according the Medical Schemes Act, which defines an emergency as any event that could cause imminent loss of life or limb.

Planned procedures (i.e. non-emergency) will need to be carried out at a network hospital. Elective procedures (not medically required) might not be covered, depending on the type of procedure. Cosmetic procedures are typically not covered, but there are some exceptions. Discovery, for example, will cover breast reconstruction surgery for cancer patients who have had mastectomies. 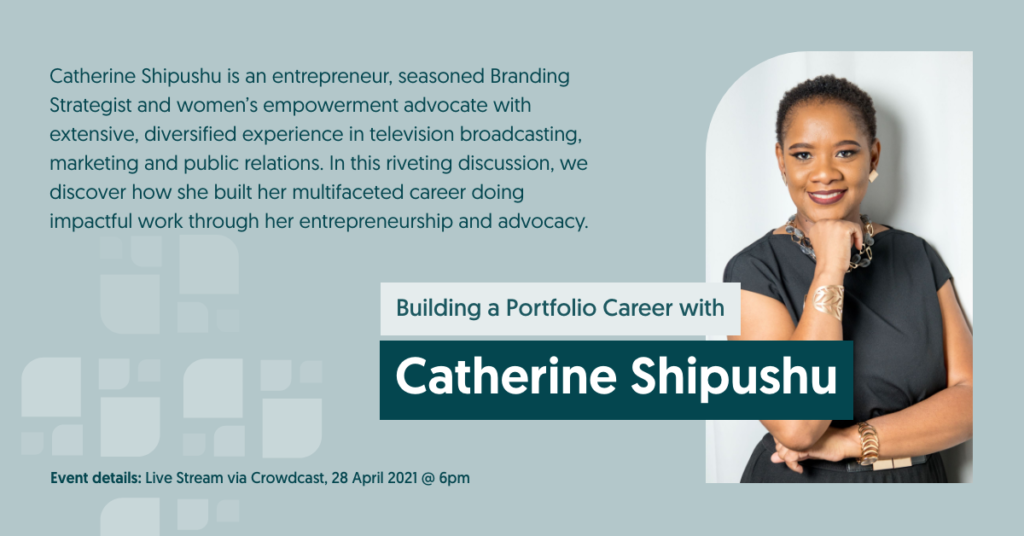 Join us for an enlightening evening in conversation with Catherine Shipushu as we delve into how she has used her expansive skillset to build a successful portfolio career! 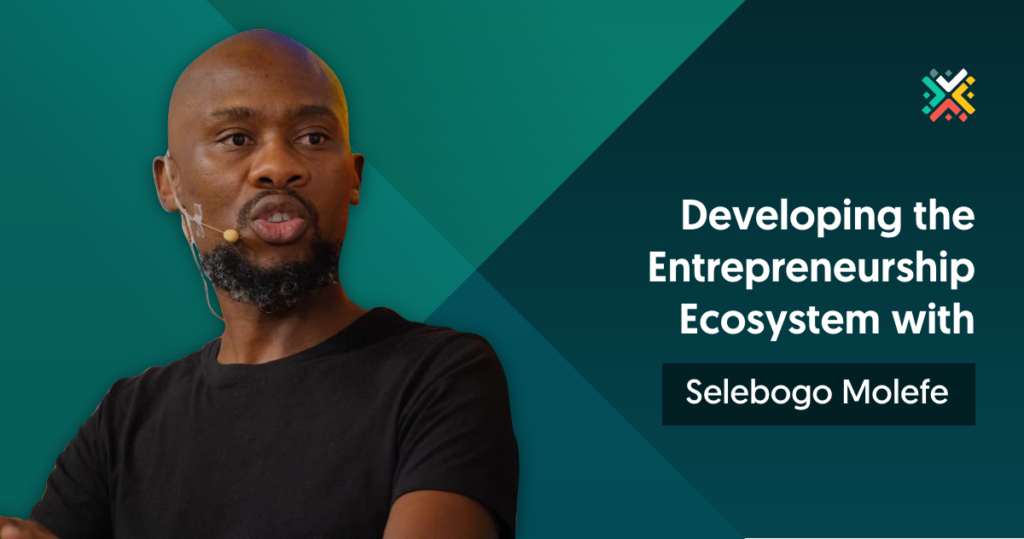 Discover the intricacies of creating products to benefit the entrepreneurial ecosystem as a whole. 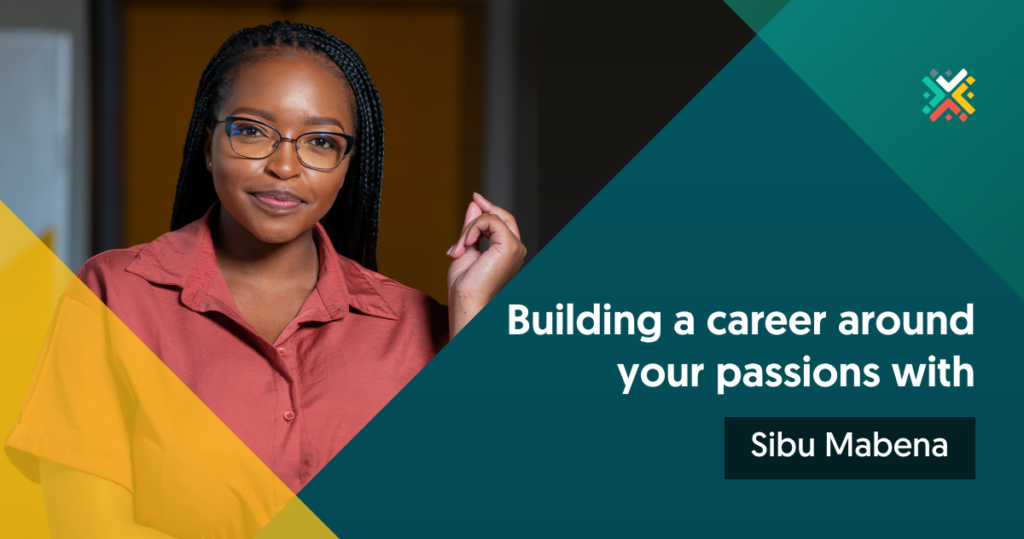 Building a career around your passions with Sibu Mabena.

Discover what it takes to build an impactful career as a creative entrepreneur.