Shaping Your Career By Knowing the Big Picture

As Africans, we face many challenges when it comes to our career and professional life that many other people in the world don’t. Too many people let Africa’s past dictate its future. So we often come up against a great deal of negativity, don’t get the recognition we deserve, and rewards don’t come quickly enough.

Nnamdi Oranye is an author, journalist and radio contributor who is passionate about exploring and chronicling technology and innovation in Africa. He has published two books to date, “Disrupting Africa” and “Taking on Silicon Valley,” and has been named one of the 100 most influential people of African descent by the United Nations.Follow

How Harvard or Oxford might not have existed without an African woman – and what that means for you today.

As Africans, we face many challenges when it comes to our career and professional life that many other people in the world don’t. Too many people let Africa’s past dictate its future. So we often come up against a great deal of negativity, don’t get the recognition we deserve, and rewards don’t come quickly enough. All this, and more, can put us into a very insular place where we don’t see the big picture and just focus on ourselves and our “thing”, ignoring what’s going on around us because the challenges are just too big. Living in an insular space for too long, however, makes you narrow-minded, and that attitude is no way to build a business and a career. It’s not only bad for your own future but it’s detrimental for all of us.

Malcolm Gladwell says, “If you work hard enough and assert yourself, and use your mind and imagination, you can shape the world to your desires.” To open up our minds we need to understand what’s going on today all around us and what that means for our futures. How much do you know about other industries besides your own? How much do you tap into the wisdom of those industries and learn from them? How much do you think about the future of our continent and the role technology, for example, will (and should) play? And what kind of future are you wanting to shape for yourself and for our continent? The answers to these questions are imperative and require you to have a macro view of what’s going on so you can drill down and find your very specific part to play. It’s in this specific part you will find success, because no one will buy your product or service unless it fills their relevant need.

In a series of three articles I’m going to show you how you can future-proof your career, and build a legacy that builds our continent in a positive way for everyone. First I’m going to give you a story that I believe will inspire you and get to the point quickly.

The story of Fatima

But the history of the University is a surprising one. Firstly, it’s an African innovation. Secondly, it’s the result of a woman’s brilliance. Her name was Fatima al-Fihri (Al-Fihriya), a Moroccan Muslim woman from Fez, who was born in 800 A.D. You probably haven’t heard of her unless you’ve gone looking, and that lack of recognition is one all of us Africans are quite used to.

When Fatima’s father passed away, he left money to both her and her sister. She used this inheritance to establish the University of Al Qarawiynn in 859 C.E.. Here’s the amazing thing: it’s still existent today, 1160 years later. It is the oldest continually operating educational institute in the world – the first institution to award degrees for different levels of study. The original courses offered were in Islamic Studies, mathematics, grammar, and medicine. It is also one of the largest tertiary institutions in North Africa and includes a library with over 4000 manuscripts.

Think about this for a moment. Here is a woman in 859 C.E. breaking through all the limitations of her time and place as a woman and disrupting history for the last 1160 years. One innovation, the University, has spawned millions of other innovations – millions of people who have innovated in many, many other industries. Without Fatima, would there be a Harvard or a Stanford or an Oxford today? Where would the world be without her influence in her own space and time?

“The darkest thing about Africa,” said George H.T. Kimble, “has always been our ignorance of it.” This is true for not only our geography, which was Kimble’s main concern, but for practically every aspect of our continent. It may even be true for you. There is a lot of innovation happening in Africa – we live in a very disruptive landscape – but our biggest problem is generally our ignorance of what’s happening on the ground and how that will be shaping our future, our careers, and our professional lives. In Fatima, I see a woman who saw the future, worked hard, asserted herself, used her mind and imagination, and shaped the world. She knew her part to play, played it, found success for herself, and built success for millions of others who don’t even know her name.

That is an absolute inspiration and the kind of attitude I believe you should adopt. Right now we are standing on the cusp of many opportunities. All we need to do is think differently and see how things all fit together. You need to have a horizontal view across industries to help inform your vertical view in your particular industry. Build a future-proof career by knowing the whole picture. In the next part, therefore, I’ll be unpacking some of the statistics about Africa you probably don’t know about, so you can see just how much opportunity there really is.

An evening with Prof Rensburg 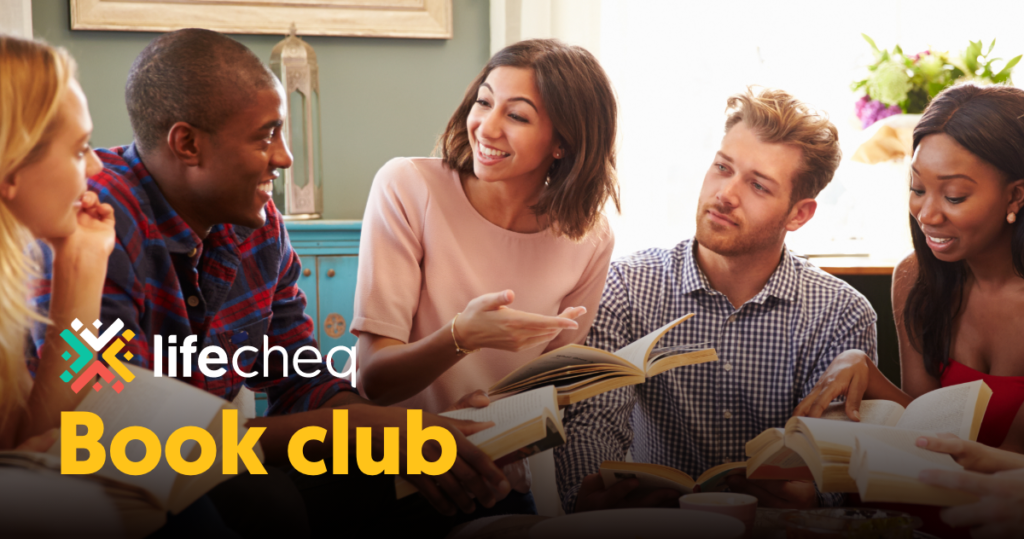 LifeCheq Book Club: We are the ones we need

Book Club sessions are a space where we hope to build community with you by getting to know you through shared experiences.